It was a game of firsts for the first game of the season. The first game too be played in the new TVL Division 10B, the First TVL game to be played on the finest cricket track in the Thames Valley at Stovells Cricket Ground, Windsor Boys’ School and the First league fifty on debut for promising colt Harry Bicknell. Whilst this probably isn’t a first, but a first for me we played an away game in Windsor, walking into the away team dressing room at TWBS was an experience.
In front of a large gathered socially distanced (you have to put that) crowd swelled by Windsor 1s, 2s and 3s players whose games were called off due to the Home Park a mile up the road being completely under water, Windsor lost the toss and were put in to bat. The crowd realising it was a school so no bar, soon reduced in size. They missed however, the opening experienced pair, of Karl Mobley and Max Latymer, following the skippers orders to the letter, seeing off the first ten overs as the pitch dried and flattened. Latymer fell first after a few lusty blows to be replaced by wonderkid Harry Bicknell. Later rueing dropping Bicknell for 10 the Maidenhead and Bray contingent could only watch as Bicknell began to tear into their bowling, scoring an impressive 58. Ably supported first by skipper Endacott, Harvey Ark who heroically ran himself out to save Harry, and then the elegant Ollie Hunt with a measured 37 Windsor began to compile a challenging total of 191 from their allotted 40 overs.
Despite the heavy overnight rain the pitch was in perfect condition and due to strong winds had dried out further making the target a realistic one for the home team. They hadn’t countered on the impressive pace of colt debutant Bailey Niblet, whose pace and guile from the school end was too much for the Maidenhead and Bray openers, another colt debutant and wicket keeper Harry Pritchard stood heroically in the firing line.
With a gale force head on wind they might have expected some respite from the fitter and meaner Raghav Commander from the leisure centre end, however he proved his maturity and skill with an impressive spell of accurate bowling which really tied the opposition down. Harvey Ark and Arjan Momi the spin twins continued to add the pressure, before pace duo Alexandru Tenasi and Ollie Hunt, the latter taking 4-20 as Windsor closed the game out and cement off his all-round prowess. 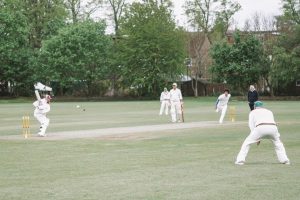 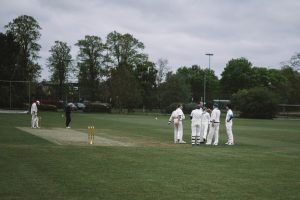 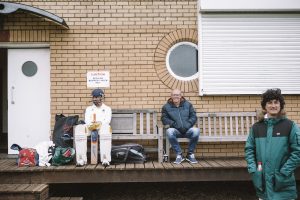 A great win to start the season and with the depth of talent in the colts section Windsor can look forward to a hugely promising season ahead.
The self styled Windsor ‘Roger Moore’s’ are ‘licensed to kill’.